RE: IMMEDIATE ASSISTANCE TO ASSOCIATIONS AND PROFESSIONAL TRADE ORGANIZATIONS

Dear Hon. Bill Morneau, Base Consulting and Management Inc. is a 32-year-old, Canadian-based association management company. We provide services in all aspects of the not-for-profit world. We manage trade associations, professional societies, Foundations, charitable organizations, and corporate entities. We are their office and Base Consulting staff are their staff.

Associations play a vital role in the Canadian economy. Over 600,000 meetings and events are held every year in Canada. According to our industry partner, Meetings Mean Business, our sector generates $33 billion annually in direct spending, employs over 229,000 jobs directly attributable to business events, and generates $19.3 billion in direct GDP. Investments by associations in these activities support other hard-hit sectors, including hotels, convention centres, travel industries and event management organizations. The spin off effects are enormous across communities from coast-to-coast-to-coast.

It goes without saying that these are incredibly challenging times for everyone, including our clients, who rely on events, training programs, accreditations, donations and other revenue generating activities to support member services.

March, April, May and June are some of the busiest months for association trade shows, conferences and Annual General Meetings. The cancellation of events has created tremendous hardship for our various clients, and we are working around the clock to provide alternative options for them. Make no mistake- our clients will suffer losses of membership, loss of revenue and for those who have limited reserve funds, it could mean the actual demise of the association.

Workers have been supported through the Canadian Emergency Relief Benefit (CERB) and businesses will be supported by tax deferrals and other small business supports through the Business Development Bank of Canada. There are no such benefits for the thousands of associations and not-for-profit organizations that span all sectors and professions in Canada.

Ironically, while all not-for-profits need assistance through this difficult time, the small organizations who are at most risk and are greatly vulnerable, often get lost in the shuffle and in the qualification requirements for various funding models.

We call on you to provide quick access to federal funds for associations that have lost revenue. The Regional Development Agencies could quickly support non-commercial activities that support innovation, business growth and social cohesion in the months to come.

I look forward to your response and encourage you to work closely with the Canadian Society of Association Executives to deliver a solution.

Elder Marques
Chief of Staff to the Minister of Finance
Elder.marques @parl.gc.ca 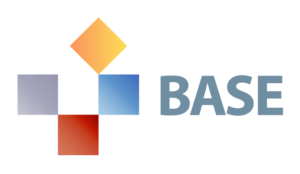