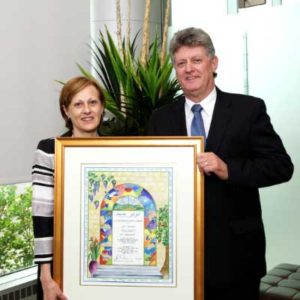 The award salutes Ruth’s many contributions to JVS Toronto, an agency providing employment, social and educational services across the Greater Toronto Area. “Ruth has proven to be one of JVS Toronto’s most passionate ambassadors,” reads the JVS announcement.

“She has introduced other lay leaders to our agency, encouraged them to become involved and continued to mentor them in their leadership roles. Ruth is an advocate for our staff, our clients and the community.”

She has held the position of Past Chair and Co-Chair from 2012 to 2014 and most recently was Co-Chair of Strictly Business.